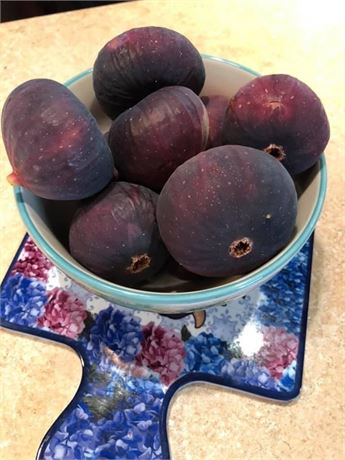 The Sacred Origin Saint Herman fig is believed to have been planted by the Eastern Orthodox monastic monks in the later part of the 18th century. They also planted an impressive large plantation of Sevillano olives which still exist today in the town of Happy Valley, California.

The Saint Herman fig is common and does not require the wasp to ripen. Large figs, productive with 2 crops. Won best tasting fig in Shasta County fair. The eye is slightly open. Taste is of raisin and blueberry.

I have very limited supply of these available.

A gift cutting will be included.